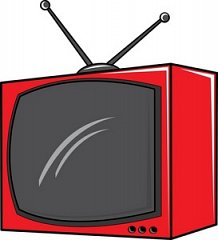 Ah resolution my long-time foe. Resolution is in my opinion the key feature you want to pay attention to when buying a TV (pc monitors too!). To break it down simply, resolution is the amount of pixels a screen can display. The larger the resolution means more pixels are able to fit in the screen resulting in a higher potential quality of image you can receive.

What you definitely want to avoid is the opposite of this, which would be a low resolution monitor which would look very bad on a large screen in particular, because the pixels would expand too fill up the space and detract from the quality of the image being displayed showing a pixelated look.

The three main resolutions you will see when browsing would most likely be 720p, 1080p and 4k. 720p TV’s are extremely outdated now and the only bonus to buying a TV with a 720p resolution would most likely be a cheap price. In all honestly if you have the money, I would advise you look at getting something of a higher resolution than this, it’s just not worth it any more.

Then we have 1080p, which is the industry standard and the perfect middle ground for anyone looking to buy a TV with a specific resolution. This is my personal choice for resolution scale, because it’s in the sweet spot, not too low that it looks bad but also not too high that it is offering unnecessary or wasted quality (I will get to this soon).

Lastly there is the mighty 4k. While 4k is one of the best (8k exists but costs the equivalent of paying your bills for a year) resolutions available for TV’s it still doesn’t get my vote as a necessary feature for TV’s currently, let me explain why!

Let’s start with the good. 4k resolution offers mind blowing image quality to the viewer, so this works great with DVD, Blueray and streaming. It is also relatively affordable, which was not the case 2-3 years ago (almost double the prices you get now!)

Ok so far so good, what is the problem?

The problem isn’t so much with the resolution itself but more with the content which it can provide. 4k blows most competition out of the water; however… it is so far ahead in terms of technology and fairly recent to being available to the mass market that video production companies and content providers (live TV, TV channels/shows and media content) are having to play catch up.

While there is some content available in 4k, it is still very limited when compared to standard HD quality such as 1080p. Two big companies that have been proving large quantities of content in 4k are Amazon Prime and Netflix. So if you are subscribed to both or either of these services, then perhaps a TV with 4k resolution is the right choice for you!

One last point to make regarding streaming on 4k which could be a negative or not affect you at all depending on your bandwidth connect, is that to streaming in 4k requires a large download rate of roughly between 15 -25 mbs.

LED is the most commonly used out of the two in TV screens on the market. It uses LED lights which are set up across the back or edged of a TV to light up the screen. Essentially it is a backlight.

OLED, instead of using a backlight has screen pixels individually create their own light. This controls light levels better than other screens and offers deep colours, smooth visuals and a more vibrant picture.

Essentially the difference between the two is LED TV’s are the cheapest option but offer slightly worse visuals than the OLED TV’s and have a backlight that takes up allot of space behind the screen. While on the other hand, OLED TV’s offer better visuals and also have no backlight allowing for a slimmer TV build but are also considerably more expensive.

In my opinion, I would go and spend a little extra for an OLED TV. The average price difference between a LED and OLED TV is so small it makes sense to pay a little extra for more superior image quality and a slimmer TV frame than the lesser option.

Before I go into detail about smart TV’s I just want to make something clear. Smart TV’s are not TV’s that will work out your annual finances or grow two legs and arms and go to the kitchen to make you a cup of tea at the press of a button on your TV remote.

“Smart TV” is a nickname essentially for a TV with built in wifi and streaming capabilities and usually also includes an app store. A smart TV allows the viewer to stream online content such as YouTube, Netflix and YouTube. It also allows the viewer to watch playback TV such as BBC or ITV player. A smart TV basically offers the same content that a streaming hub would provide such as a Roku box or an Amazon fire TV stick.

As an owner of a smart TV, I personally consider it a necessity when buying a new TV. This is mainly because I often find myself with limited time to watch TV and am usually left in an unfortunate situation of having to choose from several channels all airing content I would like to watch at the same time.

With a smart TV I can catch up with the content I want to see when I want to see it. If you find yourself often in the same situation as me or are more interest in streaming content (Netflix, Amazon prime and BBC Iplayer for example), then I would strongly suggest you prioritise making sure your new TV purchase includes smart TV capabilities.