My first day of work experience with Take One 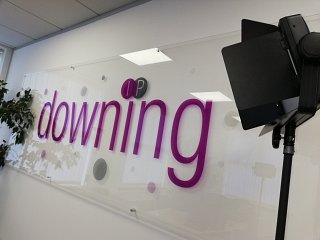 My name is Lucian; I’m currently doing a Film and TV level 3 course with The Bucks College Group, and today (3 April 2019) was my first day at Take One TV doing work experience.  Arriving today I was expecting to have a gentle taster, but that most certainly didn't happen:  I was off to Beaconsfield on a filming job.  Steve, John and I arrived at a large business complex that happened to be the neighbour of the National Film and Television School prop store.

My role today was to assist in the production for Downing IP, an independent firm of patent attorneys which specialise in patents, trademark and design protection.  Their staff were very kind and very accommodating to us moving around their office. 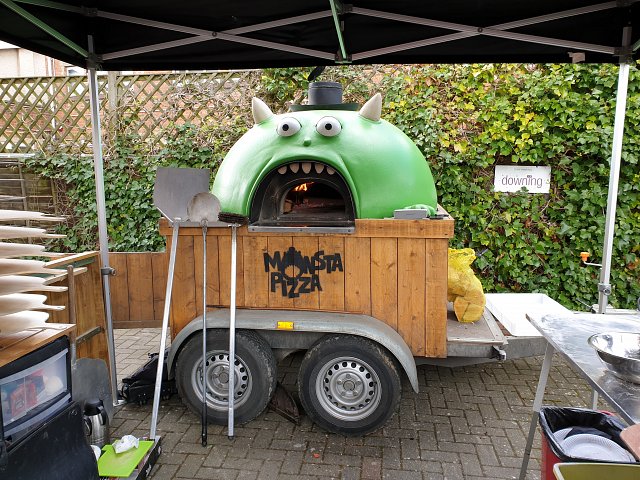 Monsta Pizza (a client of Downing IP) arrived before midday to serve some of the best pizza in Bucks as a thank you to Downing IP for helping them win their case. Steve captured some great shots of the Monsta Pizza chefs and characterised oven arriving and after I took some B-roll (cut-away footage) of Dom (the co-owner) setting up and serving his lovely pizza. One other responsibility of mine was to capture B-roll of the staff and to direct their actions. I also was a runner for part of the day, this involved holding a reflector, fetching equipment and setting up the lighting.

I found using different equipment took me a few minutes to get used to but I very much enjoyed using it. I particularly enjoyed filming the staff of Downing IP, Michael the owner was very interesting to work with. His blooper footage is probably some of the best along with his slick footwork while answering the phone for a cut-a-way. 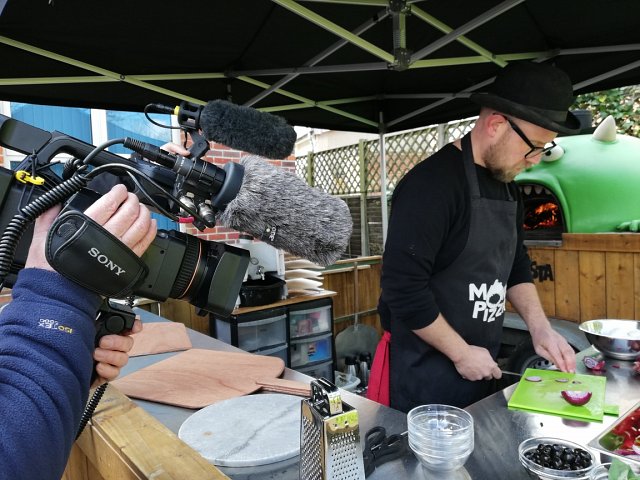 Once we got back to the office in High Wycombe we began the process of offloading the footage onto memory cards so that it’s ready to be edited.

In conclusion, I had a great first day and I'm looking forward to my next production, I believe I'm heading to the big smoke (London) next week for another filming opportunity.