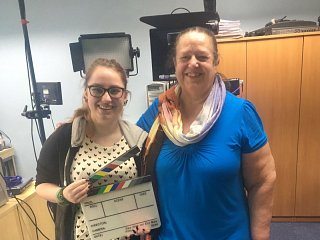 I am a digital marketing apprentice here at Take One TV. After working here for 9 months I was given the opportunity to put everything that I have learnt into practice on a paying client’s project.

One of the things that I have been enjoying learning to do is making mini animation videos. So when I was given the opportunity to take on a mini animation project for a client, I was excited.

The project was to make two mini animation videos for a client that we have done previous work for. The main difference between creating an animation video for ourselves, and making one for a client, is that a client already has a clear idea of what they want to show and what they want to say. This is where we would research their needs and type up a brief (if they haven’t already done that) to outline everything they want us to show and the target audience response.

Whereas when I make videos for us to use on our social channels, I usually have a lot of freedom to experiment with different graphics, styles and text as I get to be part of the initial idea and the planning process.

The process of making videos for ourselves is usually that one of us has the initial idea, we discuss the idea, I then make the video based on what we discussed, and then when the video is done I then show it to my boss to get approval.

The process for making these videos for a client was similar; however, I wasn’t working on my own. There was a small group of us working together throughout. The initial idea came from the client, my boss and co-worker discussed the project with the client and came up with an initial concept regarding style, content and brand identity;  I then discussed the project with my co-workers and boss, and then I started making the video.

But before I could start to create the videos, I had to do some research.   First, I had to research the topic of each video to make sure that I had a good understanding of the subject’  to ensure that any statistics, facts or statements that were used in the video were true, and up to date.  Of course, I would also do this when making a video for us!

I could then start looking into graphics that could be used in the videos. To do this, I took the script, the storyboard and the brief then began to think of visual representations of what was going to be said,  the messages they wanted to get across and how they wanted to appear to their audience.

We also need to research some possible music tracks for the client to hear and do a voice guide track with the agreed words so that we could get a feel for the pace of each animation screen.

In comparison, when I make videos for ourselves, we don’t draw a storyboard or type a script, it’s usually less formal, and I just make notes of what we said in the initial discussion.  This is partly because we already understand our own brand values and the structure of each video is related to our marketing strategy.

Once I had a rough edit of the video with the text and graphics in place, I then showed it to my co-worker and boss to see if I was keeping to the brief, and to see if they thought anything needed changing.  Once we were all happy with the first draft I sent it to the client to get feedback on the story for far.

The process for getting the videos signed off is pretty much the same, except it’s a bit quicker when the video is for us; this is because my boss and my colleagues are in the same building as me so I can easily show them the video and make the amendments there and then, as we speak.

Whereas when you’re dealing with a client you need to send off the rough edit to them to review and show to their relevant colleagues, then wait to receive consolidated feedback before you can continue with the project.

Once I had made the amendments that the client wanted I was then able to send the video back to them and get it signed off.

Getting a video signed off for ourselves is much the same, except that once approved I then go on to schedule its distribution on social media. However, when making a video for a client I sent it straight to them and then they were able to share it themselves, though we do also offer a distribution service for clients who prefer not to get involved in that side of things. 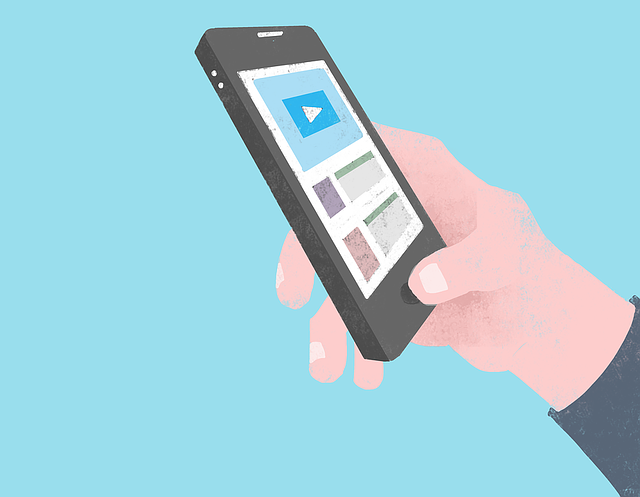 Things to do differently next time:

The project went well overall, however, there is always room for improvement.

One problem we encountered when making the first video was that the client wasn’t keen on the way that the text in the video appeared, so when I started working on the second video my colleague suggested that I put two pieces of text on the screen at the same time but made them appear in 2 different ways so that the client could decide which one they like the most.

This is something I will bear in mind in future projects, giving the client the choice of 2 in the rough edit will save me time later in the project.

Working with a colleague like Courtney is great! She is learning so much here at Take One within her apprenticeship and what she puts into practice is improving all the time.  Each new bit of work I see of hers, whether it be a short animation video, a visually stimulating Instagram post or a blog, it is evident that she is making fantastic progress.

Working with Courtney on these two client animated video projects has been smooth running.  A lot of this is because of Courtney’s diligence and tenacity. Her ideas of graphics when presented with a brief and story-board were brilliant, and the client is very happy with their new business videos.

Overall I am happy with  the way the project panned out and very happy with the end result.  I feel that this was a really good experience for me; I now have a good understanding of how to work from a brief, and also what it is like to work with a group of people.

I enjoyed working on this project and I am hoping to work on more projects like this in the future.