Who are Oakridge School?

Oakridge is a unique and special Primary School in High Wycombe, taking children from 3 to 11 years old.  Oakridge celebrates diversity and inclusivity, with students from 27 different countries, speaking 18 different languages attending their school.

Their school motto is ‘Working together to succeed’, and they incorporate this into everything they do.

What was the project?

We were approached by Oakridge Primary to produce a promotional video for them, together with a banner piece for their new website. They wanted a video that demonstrated to parents the diversity at the school, the range of different subjects, extracurricular activities that are available to the students and how they incorporate their values into everything they do.

We filmed at Oakridge over the course of one school day; this gave us the opportunity to experience what a typical day at Oakridge School was like. We captured footage of the students in and out of the classroom, doing various different activities.

Difficulties we faced when filming 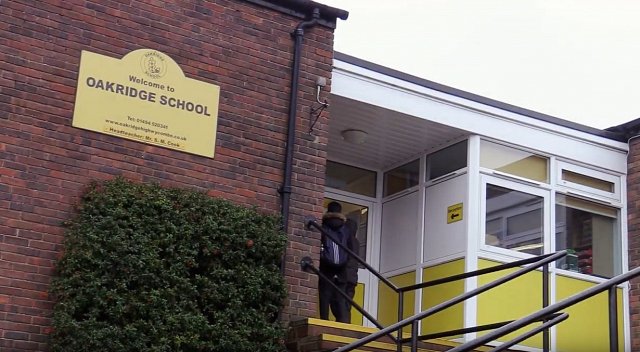 One thing we always say when we schedule to film outside is that it’s subject to the weather... On the day that we were filming for Oakridge, it was really cloudy and it rained all day. This was quite a challenge as we had planned to film a lot of outdoor activities, and to get some drone footage of the school’s adventure playground.

Nonetheless, we made sure to capture as much footage as we could outside first thing whilst the light was good and before it started to rain too badly. We did manage to get some footage of the school’s running club and their adventure playground, but we didn’t manage to get everything that we planned so had to compromise and film some alternative shoots indoors instead.

As we were planning on taking our drone to capture some aerial footage, we had to be mindful of our location.  If you are flying a drone for commercial use, you have to use a qualified drone pilot and comply with rules and regulations in place to make ensure everyone’s safely.  Our drone pilot and technical director Steve always makes sure that he checks the area is safe to fly in (as you are not allowed to fly within 5km of an airfield) and gets the right permissions needed to fly, take off and land at the location.

As we are based in High Wycombe, we are very close to the Booker airfield, which means there are some areas of Wycombe that you would not be allowed to fly in. The location of Oakridge School is quite close to the airfield,  so on the day Steve had to call them to make sure it was safe for us to fly.  Luckily because of the weather there were no planes or helicopters scheduled to fly that day.

It was a delight to be able to film at Oakridge School, the staff and the students were super friendly and they made us feel very welcome.   The teachers had really put a lot of thought into making sure the classrooms and children were ready to take part in the filming.

When you are filming anyone under the age of 18 years of age, you need to get parental consent in order for them to appear on camera. So while we were filming we had to be aware of which students we could film, and just one or two whom we couldn’t.   All of the staff at Oakridge were extremely prepared for this so they knew which students weren’t allowed to be filmed and in some cases, like in the lunch hall, they got the students that weren’t allowed to be filmed to sit together so we didn’t have to worry about accidently getting them in the background.

Although we had some obstacles to overcome, this project was a really nice one to work on. The students and the staff were an absolute delight to work with from start to finish. Everyone we met on the day of the shoot was helpful and friendly and they event gave us a free school lunch – quite an experience for our team who left school sometime again and have obviously grown a bit since!

Once the project was done and the school’s new website live, we got in touch with the Head Teacher at Oakridge School to find out what he thought about his experience, you can watch it here. 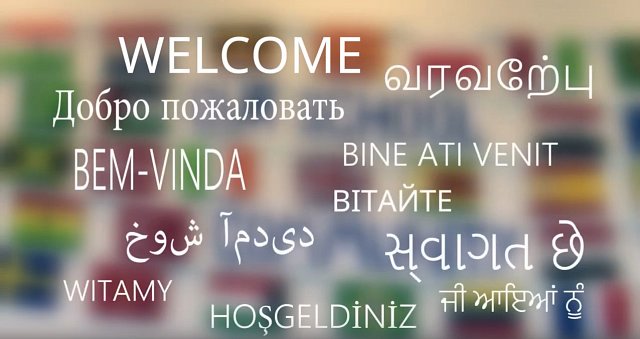 Video is a great way to demonstrate the values and culture of a school, and it’s great see that wellbeing is being considered and acted on from primary age.  As the Head Teacher said at our first meeting, ‘If we can help our children to become well rounded, good people we’ve given them a good start in life.’  If you’d like to have a chat about how video might help your school, please do get in touch.