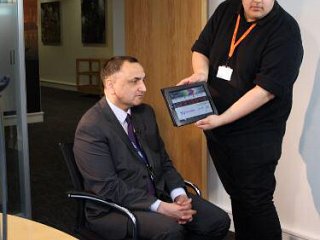 The YouTube sensation is one that has dominated the video platform for the last 15 or so years and continues to do so, despite the best efforts of its rivals.
So how did YouTube reach such meteoric status and why does it continue to dominate?

There are a number of factors involved:

In the beginning, YouTube’s creators took advantage of, and brought together, a number of technological advances which simplified uploading, sharing and then viewing material. The declining costs of storage and the use of Flash for faster streaming were key.
Content on the channel is refreshing and new – as it’s continually updated – and the channel is continually evolving. The introduction of live streaming in 2011 saw another extremely successful product taking advantage of consumer demand.

The business model has also played a part in YouTube’s success.
The potential headache of copyright issues were overcome by offering large organisations an opportunity to share in advertising revenue if their material, or any infringement of it, was found to have been uploaded. This has overtime also occasionally become an irritation as the ‘clever’ software used to detect copyright material was still learning; this lead to genuine uses of material that were cleared for use being tagged inappropriately and resulting in sometimes lengthy correspondence for clearance. It be fair, it has got better, but it’s really important for content creators of video to keep careful records of where they obtain materials from.

Also on the advertising note, many people began to feel that the adverts were too intrusive and it became a bit of a turn off; to their credit YouTube does seem to have regulated this more effectively now and most content producers – assuming they manage their channels well, can organise things so that their materials isn’t cluttered with lots of adverts.

YouTube’s design is clear and simple. It is very much a platform by the people for the people and generates a huge volume of content: so things need to be kept simple and minimalist for it to function efficiently. If it was overwhelming or too difficult to navigate users would be less likely to return to it again and again. The design also leads viewers quickly and easily into more and more relevant content.

It has been noted that there is a tendancy at the moment to want to change things a little too often; the most recent change to the look and feel of the channels was not something we particularly like as it made it more difficult to find the specific elements we frequently used and our clients found it confusing too. However, if it doesn't work out you can be sure YouTube will amend it, they do at least listen to their users.

Increasing use of Devices

We live in a world where we are increasingly on devices of some sort – computers, laptops, tablets and mobiles – for much of the day. All are a platform for YouTube making it extremely accessible to its users. Viewing on mobile devices has risen significantly – more than half of views now come from mobile devices and the reliability of being able to view video from Youtube with buffering or other hitches is crucial.

It would be a mistake to underestimate the huge personal appeal YouTube has. It has given the absurd, the quirky, the underdog a platform to advertise, entertain and assist the viewer. Many generate their own following. One of the most popular searched for items on YouTube are ‘how to’ videos and practical tips: while offering their audience advice or demonstrations, businesses are simultaneously given an advertising and marketing platform.

YouTube alone, as well as YouTube on mobile devices, reaches more 18-34 year olds than any cable network in the United States! And if you observe the same age range here in the UK you’ll notice the increase in device attachment… i.e. people walking round looking at their phones, or sitting in coffee shops, on the train or at the dinner table, looking at social media on their phones. Not saying it’s a good thing, but iot is increasingly taking over from television as visual entertainment for the younger generation.

The product’s appeal widens even further when you take in to account its global capacity: YouTube has launched local versions in more than 88 countries and is available to navigate in more than 76 different languages (covering 95% of the world’s population). This global capacity has massive appeal to businesses (ESKIMO JO) operating throughout the world. The auto translate service has potential, though don’t trust it to be THAT accurate at the moment, much like the auto transcribe there are some nuances that a bot just doesn’t understand, yet.

The rise in technology use and the platforms hugely successful brand means YouTube continues to dominate the video platform leaving its competitors in its wake so it’s here to stay for a while yet and we continue to recommend it as the platform of choice to our clients who want to get found more easily on line and engage more effectively with their customers.

For more information on how to make your marketing on line come alive with video, contact us for an informal chat on 01494 8998919 – we look forward to hearing your story!